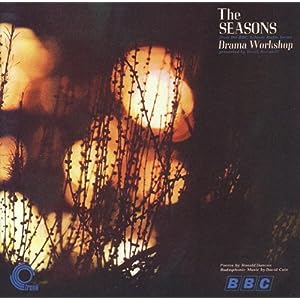 The Seasons is one of those albums widely talked about but seldom heard. I guess you could call it a cult classic.

“Discovered” in charity shops about a decade ago, this album has grown in stature but has remained unavailable — until now. Trunk Records (who else?) have managed to sort out a proper reissue.

Originally released in 1969, The Seasons is an album of its time. Part of the BBC’s educational Drama Workshop project, it was designed school teachers to use in improvisational dance lessons. But you would struggle to guess that today.

The music, produced by the Radiophonic Workshop’s David Cain, is experimental, dark and challenging. The accompanying poetry, by Ronald Duncan, is at times disturbing. It is sternly delivered by Derek Bowskill.

Each month of the year has its own track, with the music and poetry designed to sum up that month. Then, at the end of album are additional tracks — one for each of the four seasons, and one for the year.

It wonderfully sums up a special time in British education and sound, when people really believed their children could deal with challenging ways of learning.

Kids frolicking in the classroom is not exactly the notion that is invoked by these poems. Take this short extract from February:

When winter whips
the gaunt elms shudder
Within the groin of grief
their branches breaking.

But, of course, it is the strange and dark nature of this record that makes it so appealing. As you would expect from David Cain and the BBC Radiophonic Workshop, the music is delightful and fascinating.

The CD is beautifully presented. There is the customary essay from Jonny Trunk, with an additional essay from Jon Brooks. The booklet also contains an interview with David Cain by Julian House, the poems in full, and images of two of the four projector slides that teachers could order if they were really into this crazy album.

This is as complete a reissue as you could hope for. I’m delighted to be able to hear The Seasons at last. What a strange and charming album it is.

If you are interested in electronic music, the BBC Radiophonic Workshop, or nostalgia, this is an essential purchase.