On being a dreadful bluffer

One thing I noticed in the Senna film was just how clear Ayrton Senna’s body language often was. The editors probably chose these shots for this very reason. You didn’t need his words. You could see when he was uncomfortable or embarrassed, even if he was pretending otherwise. It reveals so much about Senna that he didn’t want to be revealed.

Sometimes I feel like I have that trait, which is quite a negative from my point of view. Put simply, the ability to bluff is a major life skill that I lack.

I have long known that I am a poor actor and an unconvincing liar. I have been straight out told so on the occasions where I have tried it. Only little lies, of course!

This year I decided to make myself more accessible. I know you should be yourself. But the fact is that people don’t always take well to someone like me, whose primary interests include television idents, fonts and CSS. Many people don’t even know what those things are.

Friends have been known to tell me that I need to keep things like that to myself. So I have taken to attempting play down those obscure aspects of my personality, and emphasise other interests that might make me seem a bit more normal.

I was recently asked by someone if I like films. The thing is, I do like films. But I am not what you would call a film buff. For instance, I have never watched Star Wars. Nor have I seen any James Bond film in full. There are huge numbers of films that most would take for granted that I have seen, but I have not.

So I answered ‘yes’ to the person asking if I liked films, in the remote hope that this would make me seem vaguely approachable and interesting. I was telling the truth. But only in the sense that I can like some films. 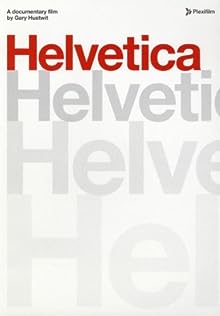 The entire ruse crumbled with the very next question. I was asked what my favourite film is. I don’t really have a favourite film. For some reason the only thing that was occupying my idiotically-poor-at-small-talk brain was Helvetica

, a documentary about a font. As I recall, I unwisely said so.

Instant failure. Failure not only for being caught out basically lying about being interested in films, but also stepping right into the dog turd-shaped fact that I am a such a geek-not-to-be-touched-with-by-a-bargepole that I watch films about fonts, and moreover I count such films among my favourites.

In that instance, my own words let me down. But sometimes I can even end up seeming like a prat by saying absolutely nothing. One time I was at a pub having a relaxing evening with some friends. Then someone that knew us came in. Everyone else recognised her, except for me.

She came to me, took one look into my eyes and immediately said, “You don’t know who I am.” I couldn’t really object, because she had a point.