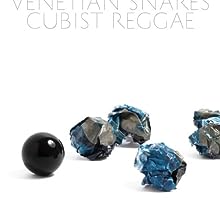 It’s been a while since I’ve bought any Venetian Snares material, but I was immediately drawn when I heard a clip of the opening track, Ever Apparent All Being Shoulder. One of those times where I hear a piece of music and think, it’s not quite like anything I’ve ever heard before.

Part of Ghost Box’s excellent Study Series of singles, this is a slice of playful and nostalgic — yet dark — electronic music. Evoking the spirit of the Radiophonic Workshop, this single genuinely sounds like it could have been made by a pioneer of the 1950s. 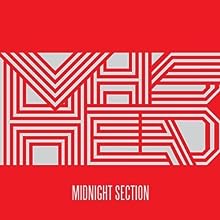 VHS Head is definitely my favourite artist to emerge in recent years. Using samples taken from old VHS cassettes, the VHS Head sound is skilfully crafted with a uniquely murky quality. Midnight Section continues in a similar vein to his previous material, but is still producing the goods.

One of the most unique pieces of music I have heard in a while. Skull Snap EP mixes futuristic techno, IDM, glitch, hip-hop, funk and goodness knows what else — to triumphant effect.

Another excellent single from Ghost Box’s Study Series. The Open Songbook is a collaboration between Tim Felton (from Seeland and formerly Broadcast) and Jon Brooks (best known as The Advisory Circle).

Definitely my favourite single of the year, the opening track Are You Watching is an enchantingly woozy and wistful song. I just love the vibe it creates. Fingers crossed we’ll be hearing more from Hintermass in future.