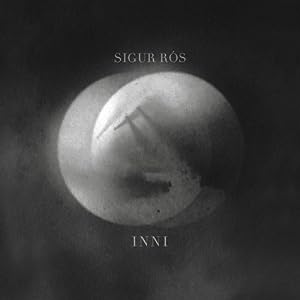 After a three year hiatus following the release of Með Suð Í Eyrum Við Spilum Endalaust, Sigur Rós have emerged with… an album of old material. Well, in fairness, it is the first serious attempt at a live album (although Hvarf / Heim had already sort of settled that need in 2007).

As with Hvarf / Heim, Inni is accompanied by a documentary film. Both the album and the film are different in style though. Inni is more like a traditional live album, spanning across two CDs to take in 100 minutes of live music.

The music is as good as you would expect from Sigur Rós. But for such a long album, it peaks too early. The album highlight is Svefn-g-englar, which opens the album. Everything thereafter fails to reach this high bar. Furthermore, the album suffers from having two or three too many tracks from Með Suð Í Eyrum Við Spilum Endalaust, which is easily the band’s dullest album. 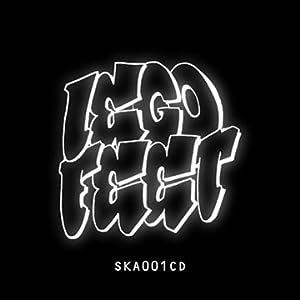 In “unofficial” celebration of the 20th anniversary of Skam Records, the label has released its first album in a digital format for the first time (with a bonus two tracks of unreleased material recorded in the same period). Legofeet is an early project of Autechre — their first release, indeed. Despite this, I had never listened to Legofeet before, so this was my first exposure to some of Autechre’s very earliest music. And what a joy it is.

Legofeet is a lot more eclectic than some of Autechre’s early material as Autechre, which tended to be more in the techno territory. Legofeet covers a lot more ground, helping to ensure that it is so rewarding to listen to today. A lot of electronic music dates badly. While you could probably guess when this was made without knowing, that doesn’t detract from the greatness of this music.

Another delightful slice of Confusing English Electronic Music. Moon Wiring Club is making some of the most interesting and eccentric music around at the moment. It sounds like a chorus of haunted animals and possessed antiques. A truly unique style.

2. The Advisory Circle — As The Crow Flies 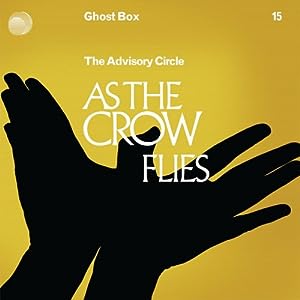 The Advisory Circle’s Jon Brooks, and his associates on the Ghost Box record label, are making some of the most interesting electronic music at the moment. 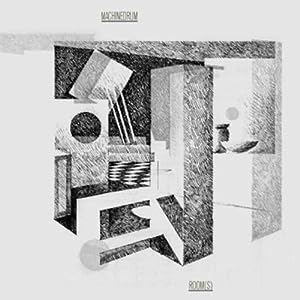 It would be difficult to believe that this is the same Machinedrum that made such excellent glitchy hip-hop inspired albums ten years ago. The music is no less excellent, but the musical journey has been an adventure over the past decade.

Room(s) is diverse in style, spanning genres and moods. Sometimes it occupies similar territory to Burial; reflective and dark. At other points it becomes a full-on party dance album. I love it all.

What shines through the most is the emotion and energy that is searing through each track. The music sounds unconventional, but it is not gimmicky so as to put you off. The album rewards repeat listening, and no track outstays its welcome. It’s a breeze to listen to from start to finish.

It’s bodes well for the future that Machinedrum has changed so much over the years, and is now fresher and more exciting than ever. I can’t wait to hear what comes next.