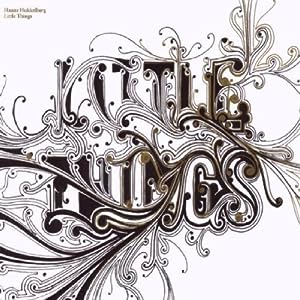 A long time ago, I bought Little Things by Hanne Hukkelberg. But I was annoyed. Somehow, I had ordered it in the wrong format. I had bought the vinyl instead of the CD.

I have no idea how I managed it. The only other time I ever ordered the wrong format was when I used Britannia Music Club as a kid and accidentally bought a Republica album on cassette. Republica! On cassette!

I have nothing against vinyl of course, and I have plenty of records in my collection. But I do have a personal preference for CDs, so I normally only buy vinyl if the material is not available on CD.

I had fully intended on buying Little Things on CD. I was so annoyed with myself for accidentally ordering the wrong format that I simply didn’t listen to it. My intention was to sell it on eBay (mint!; unopened!) then buy it again on CD later.

That must have been about five years ago. For whatever reason, I never got round to buying it on CD and selling it. The record has just been lying on my shelf — for five years.

Well, last weekend I decided once and for all to end the madness. I ripped up the cellophane, slipped the record out and played it.

Of course, it is a beautifully delightful album. I feel like a bit of a wally for refusing to listen to it for five years.

And, after all, it’s not bad artwork to have in a large size.