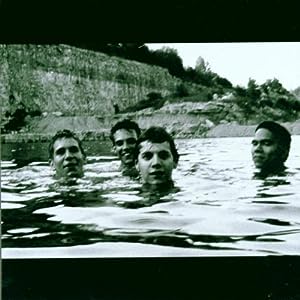 I have been listening a lot to Spiderland by Slint recently, and have come to the realisation that it is one of my favourite albums.

It was released a bit before my time. I was just five years old when it came out. But I had read about it so often. It is regularly described as a seminal influence on some of my favourite bands — later post-rock bands like Godspeed You! Black Emperor, and Tortoise (who have shared a member, David Pajo, with Slint). Some trace the beginning of post-rock back to this very album.

Spiderland may have been Slint’s only album of real note. The band split up for unannounced reasons just after Spiderland was released. But what an album it is.

To me, not only does it herald the beginning of post-rock, but it also signposts a lot of the hallmarks of all sorts of American alternative rock in the 1990s. In this sense, you cannot describe Spiderland as a timeless album. But this is its very strength.

I was recently listening hard, trying to figure out what it is about Spiderland that draws me so much. Because it is not just the fact that it was a seminal influence on bands that I grew up listening to. There is a unique quality to the record that brings me back to listen regularly.

There are lots of characteristics to the music that make it stand out. Syncopated rhythms; intriguing time signatures; off-kilter, spindly, yet catchy riffs.

But what really marks the music out is the fact that it is so quiet.

It took me a while to come to that conclusion, because the music is so powerful. But the silence is what gives Spiderland the dynamic range that brings that power.

That is why this is not a timeless album, and why that is not a bad thing. Spiderland was made in 1991, when albums were still mastered with care. These days, the loudness war has put and end to dynamic range.

It is a relatively modern affliction, as record companies increasingly believe that consumers just want music that sounds loud. Reputedly, highly-compressed music also attracts more attention when is played in shops or on the radio.

The early 90s are considered by many to have been a golden age of mastering and sound engineering, when the industry had become familiar with CDs, technology had yet to be overtaken by commercial concerns, and albums were being mastered to exploit the medium rather than the market.

Spiderland, released in 1991, clearly fits into this category of the golden age of mastering.

To listen to Spiderland, you need to lean forward and concentrate. The silence provides suspense. You could hear a pin drop. The tempo barely reaches above walking pace. And when the loud bits come, it is a true reward. The power of the album comes from its restraint.

Today, many bands that want to make a powerful album will just crank up the volume and up the tempo. But Spiderland does not succumb to these easy solutions. That’s why I love it so much. It would never be made today.